The second film in the 3-film American Burger franchise will go into production in the autumn of 2015 and be released in autum 2016. The film is included in the slate of Nordic Genre films presented by the collaboration platform Nordic Genre Invasion. Interntional Sales & Distribution is taken care of by Movieboosters AB. 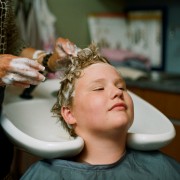