Cesar Galindo, director and co-writer of feature film GRINGA, set in Cuzco and Machu Picchu,Perú, spoke to us about what inspired him to create a dark comedy on the relationship between bricheros and gringas. “Brichero”, a term which GRINGA’s co-writer Mario Guevara contributed to the Peruvian literature, stands for “gringa hunter”, where “gringa” is the colloquial word for “foreign tourist”. Galindo also explains how “bricherismo” is a life style, typically encountered in the world’s tourist places. More on this phenomenon, as well as exclusive footage from movie GRINGA, in the video interview below. 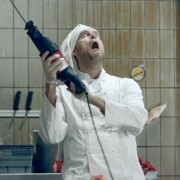 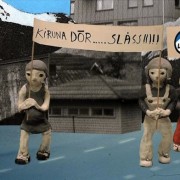 Direct film sales from our website!
Video Release! Check Out the Cheerleaders in the Upcoming American Burger! Horror Comedy American Burger goes for DRM-free Global Home Delivery
Movieboosters.com uses cookies for statistical analysis, for improving the user-friendliness of
the website and for engaging with social media. By visiting our website, you consent to our
use of cookies as described in our privacy policy.