Bonita Drake, one of two directors of upcoming horror comedy American Burger, participated in the film festival Ramaskrik 24-26 October, “Norways spookiest filmfest” they say. Bonita presented the film as work in progress and screened a few clips to an enthusiastic audience… highly entertaining and much appreciated, rumour says.

Watch an interview with Bonita at the festival.

HEMMA in Official Selection at Peace and Love Film Festival 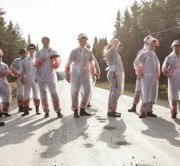 American Burger to Grossmann in Slovenia 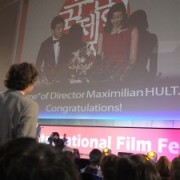